Montreal is a pretty spooky place. It has its own share of horror ghost stories. Here are 5 popular ones you should know about.

The cross is to commemorate the execution of Jean Baptiste Goyer, who killed & robbed a wealthy person & his wife. As punishment, he was sentenced to death by torture. This cross is now served as a warning. The color red symbolizes blood, the blood of 33 orphans who were locked and got burned by a resident nun in the 1800s.

For all you Ghost lovers; Le Royer Condos on St-Paul & St. Suplice in old Montreal is Haunted. A headless man hang around making loud noises of heavy shoes & rolling on empty bottle. The developers should have known before constructing on the original Hotel Dieu Hospital Site.

Montreal is known for it’s strip clubs. Mary Gallagher was a successful prostitute whose good looks drove her best friend Susan Kennedy jealous. On June  26, 1879, Susan Chopped off Mary’s head and popped into a bucket. Every 7 years, Mary visits her death site in search of her head. Her next visit will be in 2019.

Did you know Montreal has it’s own witch hunting stories. In 1763, Marie-Josephe Corriveau killed her own husband. The only explanation was that she was a witch. The townspeople hanged her for everybody to see. Marie-Josephe’s body was then iron caged in the public crossroad and left to rot. Now she haunts the town people every Halloween.

This got to be one of our favourite Montreal Horror stories. This very park used to be St-Antoine Cemetery. It was dubbed Cholera Cemetery because people with the disease used to be buried alive. In the 1800s, a family opened the coffin of their daughter to retrieve the jewels that were buried with her in the rush. When they opened the coffer, her hand was pressed on the coffin’s lid.
The story gets more interesting. On weekdays around 5PM you can hear this weird orchestra which is to keep the dead asleep. Click here to listen. 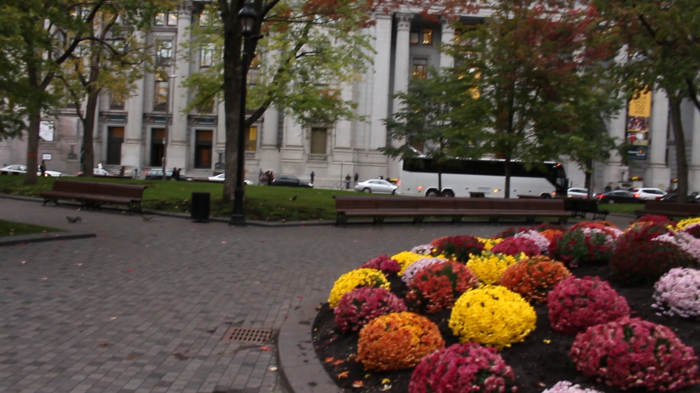 There are more horror stories about Montreal such as the Notman House. If you have any other stories to share, or if you are from another city and have horror stories, please leave them in the comments down below.